Subjects that are useful for finding primary sources in databases and using the search box on the library's website:

Latin American & Caribbean Digital Primary Resources  A portal for digital collections. Use the Tableau window to search by country or browse the collections.

Archives Direct Digitized collections of the United Kingdom Archives with collections focused on worldwide concerns of the British Empire from the mid-19th Century and containing diplomatic correspondence, letters, reports, surveys, material from newspapers, statistical analyses, published pamphlets, ephemera, military papers, profiles of prominent individuals, maps and many other types of document, it consists of the history of the nineteenth and twentieth centuries from the British state’s point of view.

Expeditions and Discoveries Sponsored Exploration and Scientific Discovery in the Modern Age Maps, photographs, and published materials, as well as field notes, letters, and a unique range of manuscript materials on selected expeditions between 1626 and 1953.

EUScreen Thousands of video clips produced by a variety of European television stations throughout the 20th and 21st centuries, that provide context for Europe's history and culture. Clips include, for example, a German broadcast of the fall of the Berlin Wall, a 1972 Polish fashion show, Maria Callas performing in Paris in 1958, and advice about how young men ought to behave from a 1960s London charm school. 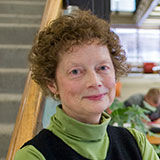