Curricular Use of FLEFF Resources

Take a look at how Ithaca College faculty have been using FLEFF titles in their classes:

Rumble: The Indians Who Rocked the World: This revelatory documentary brings to light the profound and overlooked influence of Indigenous people on popular music in North America. Focusing on music icons like Link Wray, Jimi Hendrix, Buffy Sainte-Marie, Taboo (The Black Eyed Peas), Charley Patton, Mildred Bailey, Jesse Ed Davis, Robbie Robertson, and Randy Castillo, RUMBLE: The Indians Who Rocked the World shows how these pioneering Native American musicians helped shape the soundtracks of our lives. The idea for RUMBLE came about when guitarist Stevie Salas, an Apache Indian and one of the film's Executive Producers, realized that no one outside of the music business knew about the profound contribution of these Native musicians. Renewed attention to this missing chapter in the history of American music led to the publishing of Brian Wright-McLeod's The Encyclopedia of Native Music, an exhibit at the Smithsonian National Museum of the American Indian, and eventually this documentary.

UNNATURAL CAUSES sounds the alarm about the extent of our alarming socio-economic and racial inequities in health-and searches for their root causes. But those causes are not what we might expect...It turns out there's much more to our health than bad habits, health care or unlucky genes. The social conditions in which we are born, live and work profoundly affect our well-being and longevity Used by: 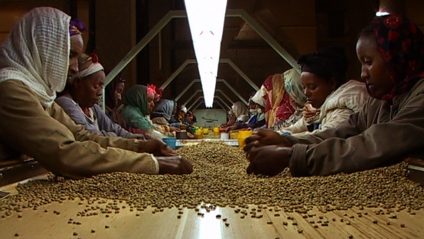 BLACK GOLD: After oil, coffee is the most actively traded commodity in the world with $80 billion in retail sales. But for every $3 cup of coffee, a coffee farmer receives only 3 cents. Most of the money goes to the middlemen, especially the four giant conglomerates which control the coffee market. Tracing the path of the coffee consumed each day to the farmers who produce the beans, Black Gold asks us to 'wake up and smell the coffee', to face the unjust conditions under which our favorite drink is produced and to decide what we can do about it. 58 circulations Study guide available via ITVS 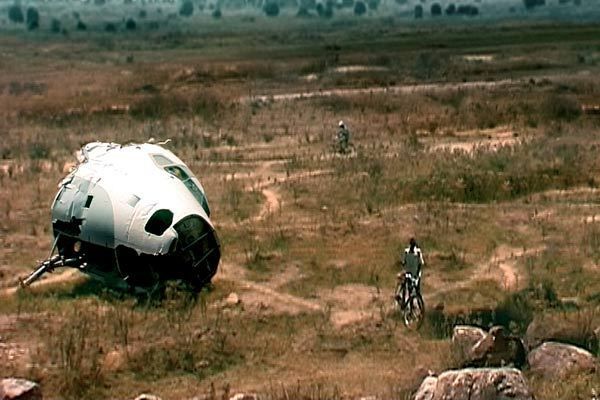 Mauriat, Edouard., and Hubert. Sauper. Darwin’s Nightmare . International Film Circuit, Inc., 2004. Darwin's Nightmare: Documentary film that exposes the poverty and misery of the people living on the shores on Lake Victoria in Tanzania who are dependent upon fishing the Nile perch from the lake for their meager earnings. The fish are exported by air to Europe to be sold cheaply and the planes that arrive to transport the fish at first seem to arrive empty, but turn out to carry weapons to Africa and fish away. Used by: 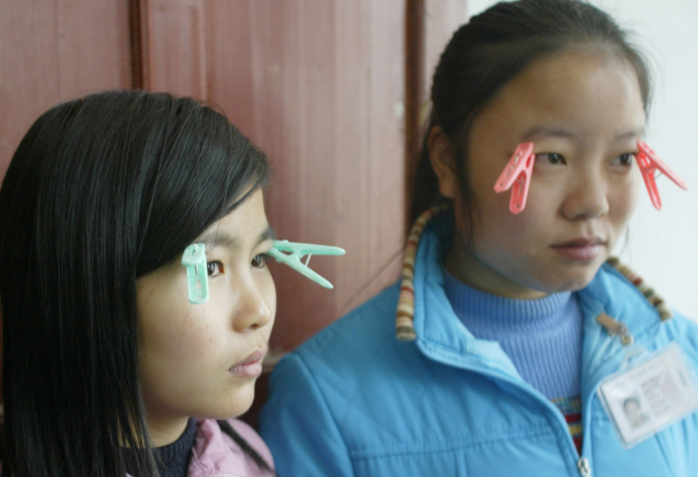 China Blue | ITVS. https://itvs.org/films/china-blue. Accessed 13 Oct. 2020. China Blue: This documentary visits a Chinese blue-jean factory, where workers are trying to survive a harsh working environment. But when the factory owner agrees to a deal with his Western client that forces his teenage workers to work around the clock, a confrontation becomes inevitable. (To avoid getting fined for falling asleep on the job, Jasmine (17) and Liping (14) use clothespins that keep their eyes open. A common practice in China’s export factories. Photo by Chun Ya Chai) Used by: 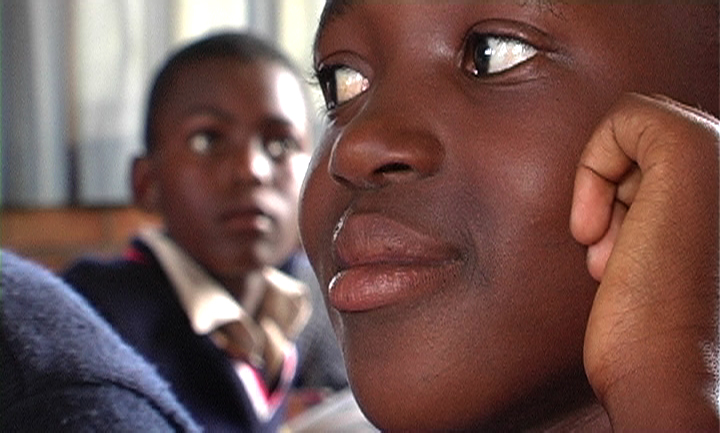 Africa Is a Woman’s Name. https://www.wmm.com/catalog/film/africa-is-a-womans-name. Accessed 13 Oct. 2020. Africa Is a Woman's Name: Follows three very different African women working to create change at all levels of society: Amai Rose, a Zimbabwean housewife and businesswoman; Phuti Ragophala, a school principal in one of South Africa's poorest communities; and Njoki Ngund'u, a human rights attorney and member of Kenya's parliament. Used by

Objectified from Film First on Vimeo.

Objectified: A feature-length documentary about our complex relationship with manufactured objects and, by extension, the people who design them. In his second film, director Gary Hustwit (Helvetica) documents the creative processes of some of the world's most influential product designers, and looks at the creativity at work behind everything from toothbrushes to tech gadgets