These are freely-available online resources that may be of interest to those studying comics and graphic novels.

ComicBookDB.com
"The first goal of this project is to catalog every comic, graphic novel, manga, creator, character and anything else that could possibly relate to the field of comics. But that is only the beginning. The second goal of ComicBookDB.com is to make this wealth of information as useful as possible. This means making as many connections as possible from one issue, one creator, one character to everything else in the site."

ComicsResearch.org
"...covers book-length works about comic books and comic strips, from 'fannish' histories to academic monographs, providing detailed information and guidance on further research. Each entry will include the book's Table of Contents as well as (if applicable) a list of comics works reprinted in it (and their sources, sometimes undocumented), other general notes on content and organization, ISBN numbers, and reviews--either included on these pages, listed from print sources, or linked to from on-line sources. Books in any language, about comics from any country, are included." Also maintains a list of comics-related dissertations and theses.

Comics Research Bibliography
"This is an international bibliography of comic books, comic strips, animation, caricature, cartoons, bandes dessinees, and related topics. We have divided the bibliography into four sections, arranged alphabetically by author, for ease of use." Searchable, or browse by topic. Last updated in 2009.

DC Comics Database
A wiki-based resource that bills itself as "the world's largest DC Comics encyclopedia that anyone can edit, hosted by wikia. Our project contains 75,606 articles and 85,796 images." [as of 1/13] Focus is on the major DC superheroes. Searchable.

The Grand Comics Database (GCD)
Created by "a nonprofit, Internet-based organization of international volunteers dedicated to building a database covering all printed comics throughout the world." Contains more than 400,000 cover images, artist/writer credits, and individual issue annotations spanning the history of the form. It's goal is to "contain data for every comic book ever published in every country around the planet." 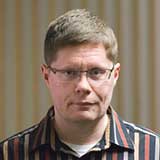