Porter's Five Forces of Competitive Position Analysis were developed in 1979 by Michael E Porter of Harvard Business School as a simple framework for assessing and evaluating the competitive strength and position of a business organization.

This theory is based on the concept that there are five forces that determine the competitive intensity and attractiveness of a market. These five forces help to identify where power lies in a business situation. This is useful both in understanding the strength of an organization’s current competitive position, and the strength of a position that an organization may look to move into in the future.

The five forces are often used by analysts to understand whether new products or services are potentially profitable. By understanding where power lies, the theory can also be used to identify areas of strength, to improve weaknesses and to avoid costly mistakes.

The five forces are as follows: 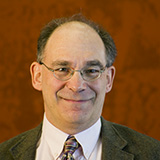