The Legal Studies Department will host an event at 7 pm on September 21, 2022 in Williams 323.  Free and open to the public: "Is There Really a Constitutional Right to Abortion?" 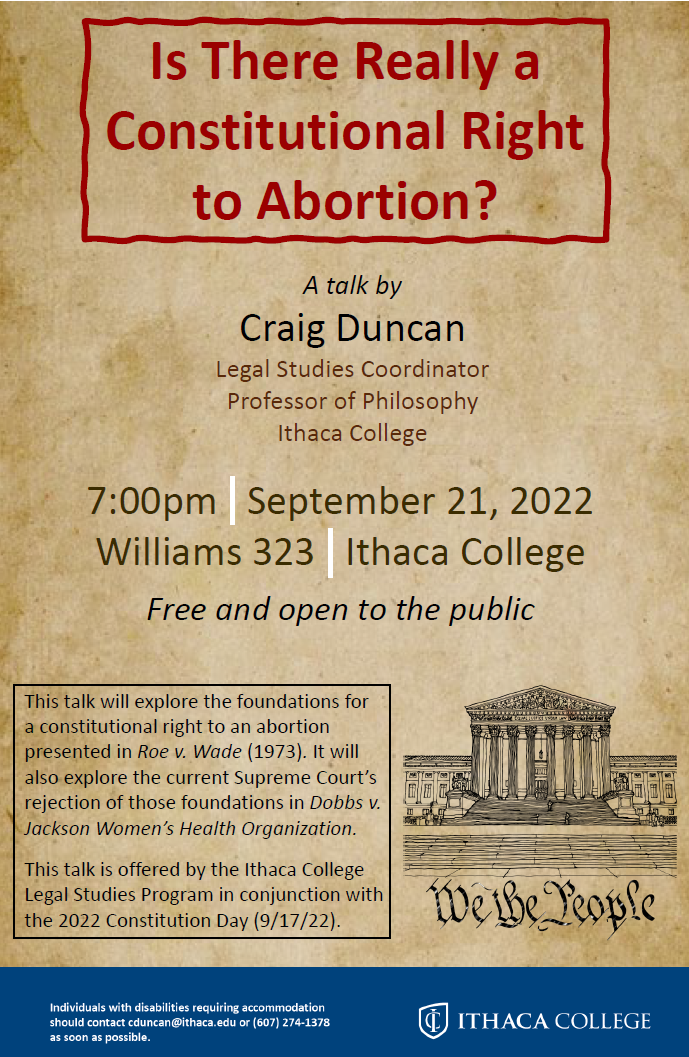